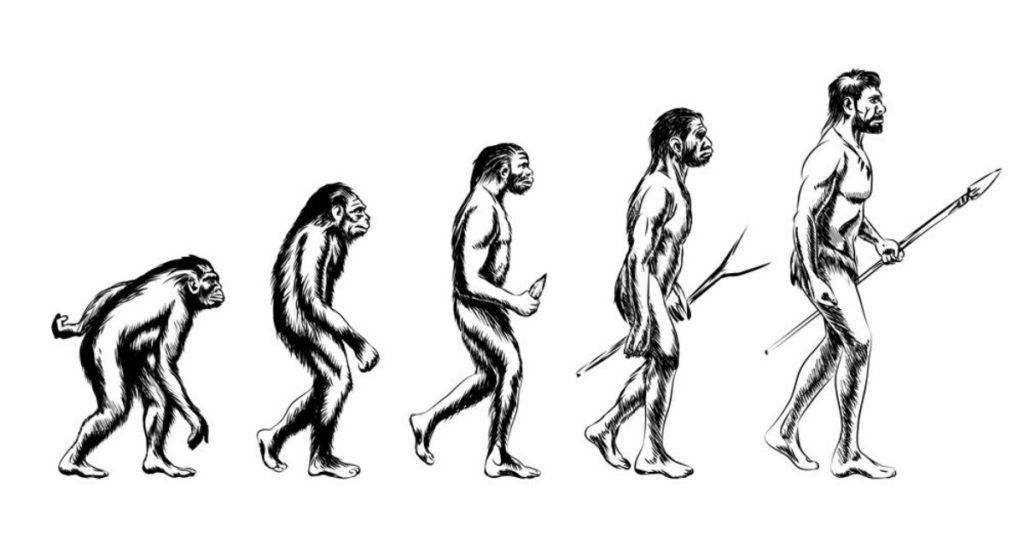 FlipFact of the Day: To this day, the topic of human evolution remains hotly debated. Those who support the idea of natural selection typically find themselves in opposition to those who believe that humanity was purposely, intelligently designed by a higher power. In such arguments, these questions tend to be brought up to disprove evolution, worded in a way to make them appear irrefutable: “If humans did evolve from apes, then why are there still apes? Why haven’t all apes turned into humans, and why haven’t we found the so-called ‘missing link’?” The problem with these seemingly well-constructed points, though, is that they hinge on two fundamentally wrong assumptions: That the evolutionary relationship between apes and humans is linear (it isn’t), and that humans are somehow the pinnacle of evolution (we aren’t).

There is no “missing link” between humans and apes, because humans didn’t evolve from apes to begin with. In reality, hominids (a group that includes humans, chimpanzees, gorillas, and orangutans) came from a common ancestor, one that is said to have lived in Africa approximately 6 to 7 million years ago. The fact that we share almost 99 percent of our genetic sequence with chimpanzees and bonobos supports this, as well as the countless fossils showing how our ancestors became more and more like the humans we are today.

Experts think that our shared genetic “grandparent” looked more monkey than man, capable of traversing forests across the treetops without having to touch the ground. Basically, this ancestor was the proverbial fork in the road: Where humans went left, everyone else went right—and we’ve all been traveling in our respective directions ever since.

Which leads us to the next question: Why did we “travel” in the first place?

Encoded within nearly every Earthly organism’s genetic makeup are specific characteristics affected by random mutations. Some of these mutated traits become critical for survival, such as a tougher hide or protective coloration for camouflage. Since the individuals possessing these ideal characteristics have a greater chance of surviving and reproducing within their population, these mutations are passed on from one generation to the next (otherwise known as natural selection). After a long period of time—thousands or even millions of years—enough mutated traits would have been carried over to produce entirely new species.

In the case of humans, even though we sometimes tend to think that we are the “ultimate” life form, that isn’t quite the case. What our species embodies isn’t superiority, but extreme adaptability. We learned to walk on two legs, make tools, communicate through language, and grip objects with precision because that’s what we needed in order to get this far. That doesn’t automatically make us superior to birds that can fly, or non-human primates that can climb trees with ease, or even ants that are incredibly strong for their size. (Or disease-causing organisms that develop antimicrobial resistance due to the abuse and misuse of antibiotics—further proof that despite being blessed with advanced intelligence, humans are far from perfect.)

That’s what evolution is: not step-by-step progression, but gradual, long-term adaptation for survival. And the evidence is simply too strong and abundant to ignore.

Here’s the thing, though: It’s not impossible for science and faith to get along, even when it comes to such controversial subjects as human evolution. As writer J. Michael Straczynski once wrote in an issue of the Amazing Spider-Man comic series: “Tomorrow the sun will come up. You can tell me all the reasons of science that it does come up, the orbital mechanics, all the laws of thermodynamics. And I can say it will come up because it is meant to come up. I see no contradiction. Do you?”