Was the first known dinosaur named after a ballsack? 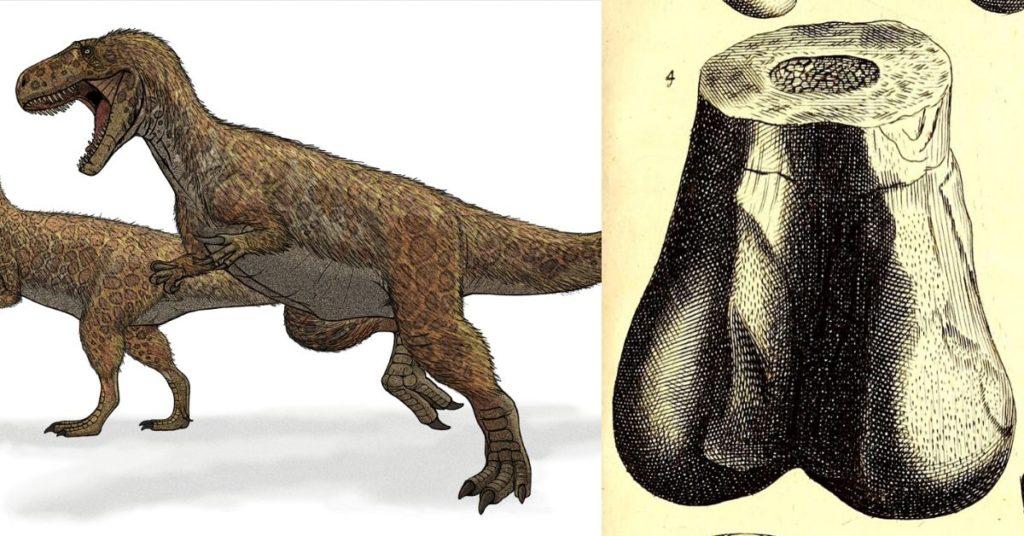 FlipFact of the Day: The first non-avian dinosaur ever described was named after… human testicles.

In 1676, a mysterious fossilized fragment was unearthed in a limestone quarry in Oxfordshire, England. A Professor of Chemistry at the University of Oxford, Robert Plot, correctly identified it as part of a massive femur, deeming it too huge to belong to any animal known at the time.

86 years later, in 1763, a physician named Richard Brookes redescribed the specimen based on an illustration by Plot. Brookes had the balls to give it the scientific name 𝘚𝘤𝘳𝘰𝘵𝘶𝘮 𝘩𝘶𝘮𝘢𝘯𝘶𝘮, due to its resemblance to a pair of human testicles.

Fast forward to 1824, when paleontologist William Buckland gave it a more fitting and respectable name: 𝘔𝘦𝘨𝘢𝘭𝘰𝘴𝘢𝘶𝘳𝘶𝘴 (“great lizard”). Fortunately (and unsurprisingly), it was the name that stuck.

Today’s Science History Milestone: On September 12, 1940, five schoolboys discovered ancient paintings of animals on the walls of the Lascaux cave in France. The prehistoric paleoart dated back to 15,000 BCE.