Published on May 19, 2020 by Mikael Angelo Francisco 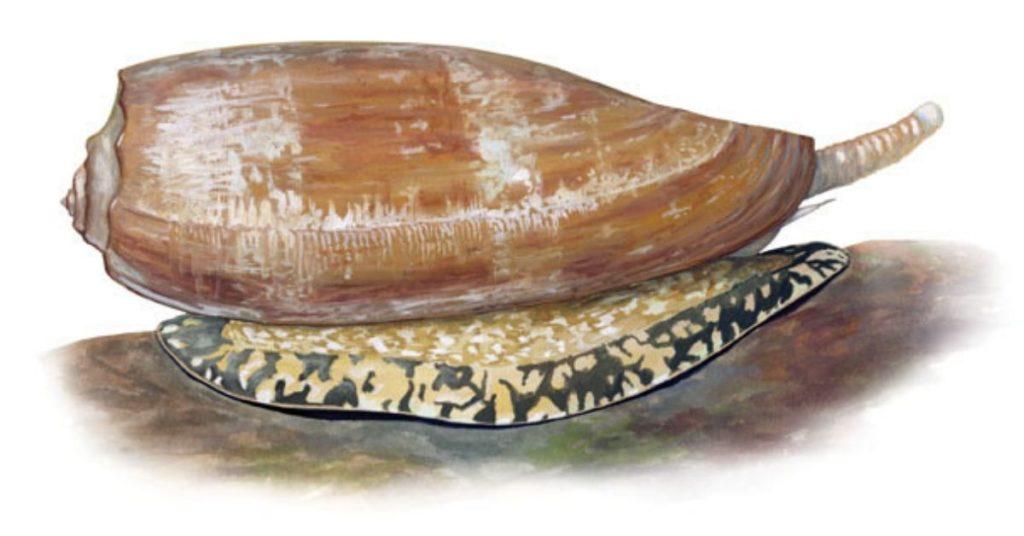 With its lovely brown-and-white shell, the marine snail known as the geography cone (Conus geographus) may not look very lethal or threatening at first glance. Make no mistake, though: This nocturnal predator has quite a reputation as one of nature’s most venomous animals. Interestingly enough, researchers identified compounds in this cone snail’s poison that are significant in neuroscience and medical research… and even named a couple of them after Filipino words.

C. geographus can be found on many Philippine reefs and marine areas, and can grow up to 6 in (15.24 cm) long. When it hunts, it expels conotoxins (a type of toxin produced by cone snails) into the water to paralyze its prey. It also shoots a poison-laced tooth that’s attached to its body via a proboscis; the snail uses this harpoon-like weapon to pull its prey towards it. There is no known antidote for C. geographus‘s sting, and this menacing mollusk’s venom has proven fatal even to humans.

However, extensive research conducted by experts such as National Scientist Dr. Lourdes J. Cruz and Dr. Baldomero Olivera have shed more light on the practical and beneficial uses of conotoxins over the years. For instance, a number of compounds in cone snail venom show tremendous promise as pain-killing drugs—potentially ten thousand times stronger than morphine, minus the side effects and chemical dependency.

Curiously, two of the short-chain peptides in these conotoxins have a distinct Pinoy flavor. Conantokins (also known as “sleeper peptides”) affect neural receptors in fish and mammals; they got their name from the Filipino work for “sleepy” (“antok“) because the mice injected with it exhibited a sleep-like state. Meanwhile, contulakin-G is believed to suppress the sensory circuitry in the cone snail’s prey; it takes its name from the Filipino word for “push,” “tulak.” Never let it be said that scientists lack a sense of humor.