The 𝘥𝘶𝘩𝘰𝘭 𝘮𝘢𝘵𝘢𝘱𝘢𝘯𝘨, a rare sea snake found only in Lake Taal

Published on May 30, 2020 by Mikael Angelo Francisco 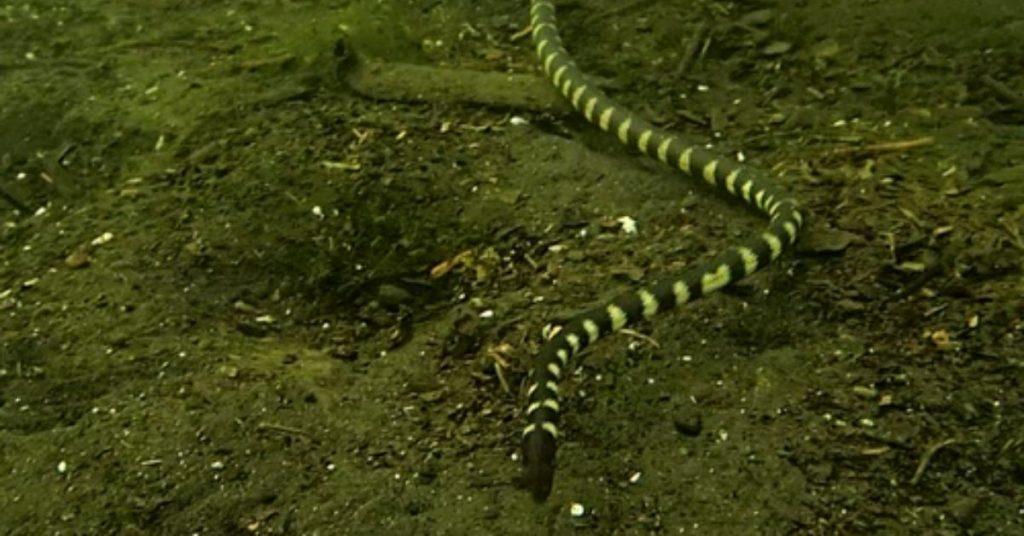 What’s the first thing you’d do if you see a sea snake? For many people, the answer seems to be “kill it dead.” After all, when self-preservation kicks in, compassion and rationality tend to be the first things to get kicked out. However, while it isn’t surprising that some take this approach when it comes to animals that look dangerous, it’s unfortunate when the species in question isn’t actually that aggressive—and when the species is a rare, mysterious, and endemic one whose numbers may be dwindling, it’s downright tragic.

Also known as Garman’s sea snake, the Philippine freshwater sea snake, the Luzon sea snake, and duhol matapang, the Taal sea snake (Hydrophis semperi) was discovered by naturalist Carl Semper in Lake Taal, its only known habitat. It’s also one of the smallest sea snakes, with adults ranging from 19.7 to 29.5 in (50 to 70 cm) in length. It has black or deep blue skin with yellowish or white bands, as well as a flat, paddle-shaped tail. Aside from those details, though, we know very little about it.

Don’t let the term “sea snake” fool you: The duhol matapang lives and thrives in freshwater, making it one of only two known sea snake species in the world with this trait. Experts think its ancestors may have become landlocked and closed off from the ocean eons ago. This is also the likeliest explanation behind the evolution of Lake Taal’s other unique denizens, such as the world’s only known freshwater Sardinella, the tawilis.

Despite being two to five times as venomous as a cobra, the duhol matapang, like the yellow-lipped sea krait and many other sea snakes, isn’t known to be an aggressive attacker. In fact, these small-fanged snakes are quite docile, and generally attack only when provoked. Sadly, not a lot of people know this; thus, encounters between humans and the duhol matapang rarely end well for the latter.

Humans aren’t the only major threat to their survival, though. Like many other species in Lake Taal, chemical pollutants (e.g. pesticides, untreated sewage, petrol wastes) from factories and commercial establishments threaten their existence on an almost-daily basis. And with the recent Taal eruption and the COVID-19 pandemic, one can only hope that it isn’t too late for Filipinos to learn more about our only freshwater sea snake.