FlipFact (February 7, 2020): Do you really get tetanus from rusty nails? 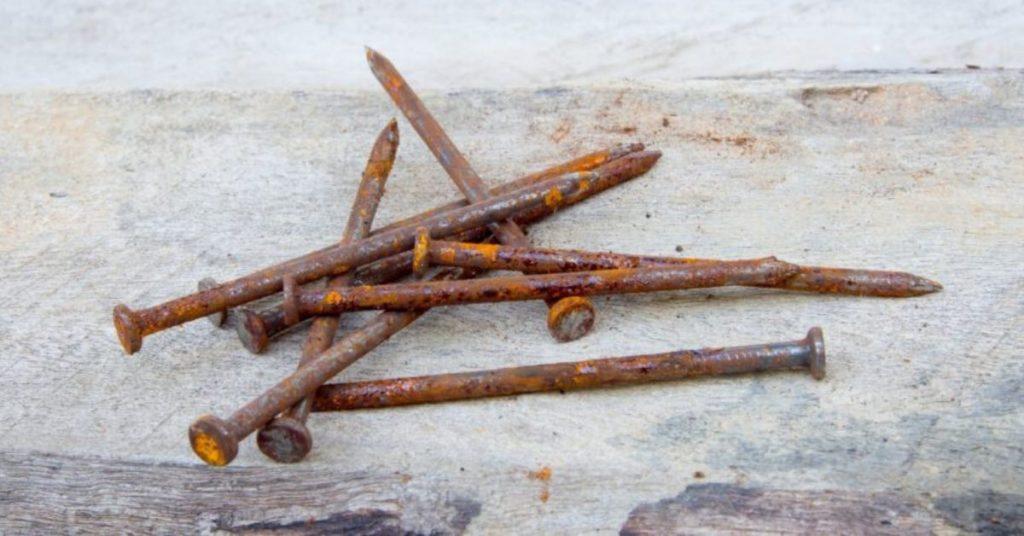 FlipFact of the Day: There’s just something so unpleasant and repellent about rust, especially when it’s on a frequently used tool or everyday household item. Perhaps it’s the weird, blood-like smell we associate with it (which, by the way, comes from our own skin oils, not the metal itself) or its off-putting, orange-brown color that doesn’t sit right with us. We’ve even been told that getting stabbed, punctured, or scratched by a rusty nail could give us tetanus (also known as lockjaw)—convincing, right? Thing is, that’s actually an incomplete and misleading statement: While stepping on a rusty nail can give you tetanus, it’s not the rust you should blame for that, but spores that can be found virtually anywhere, even on clean surfaces.

The rod-shaped bacterium called Clostridium tetani is often found in soil and the digestive tracts of animals. When it’s in an environment where oxygen is present, C. tetani can stay in spore form and lie dormant for a long time. However, when it finds its way into your body (like through a stab wound or deep cut, for instance), its oxygen supply is terminated. This sudden oxygen deprivation jolts it to life, enabling it to reproduce. At the same time, it produces a powerful neurotoxin called tetanospasmin. This is what actually causes tetanus, as it hitches a ride on your circulatory system and takes a grand tour around your body.

Rust itself isn’t a carrier of C. tetani per se. The bacterium can accumulate pretty much anywhere, especially on items left in nature for an extended period of time. In reality, any deep cut or open wound should alarm you; just because the object that pierced or scratched you looks clean or rust-free doesn’t mean you’re safe. In fact, there have been reports of people who contracted tetanus from clean knives or animal bites.

What can save you from tetanus, though, is getting vaccinated. Take note that adults should be getting tetanus shots every ten years; it’s not a one-time thing, as the vaccine tends to wear off over time. Make sure to do this; it’s said that one out of three people die from tetanus if left untreated.

Oh, and if you do end up getting infected, the antiseptic solutions found in your home won’t be enough to kill C. tetani spores. Instead, go to your nearest hospital and get a dose of anti-tetanus immunoglobulin as soon as possible.