What makes the Verde Island Passage so special? 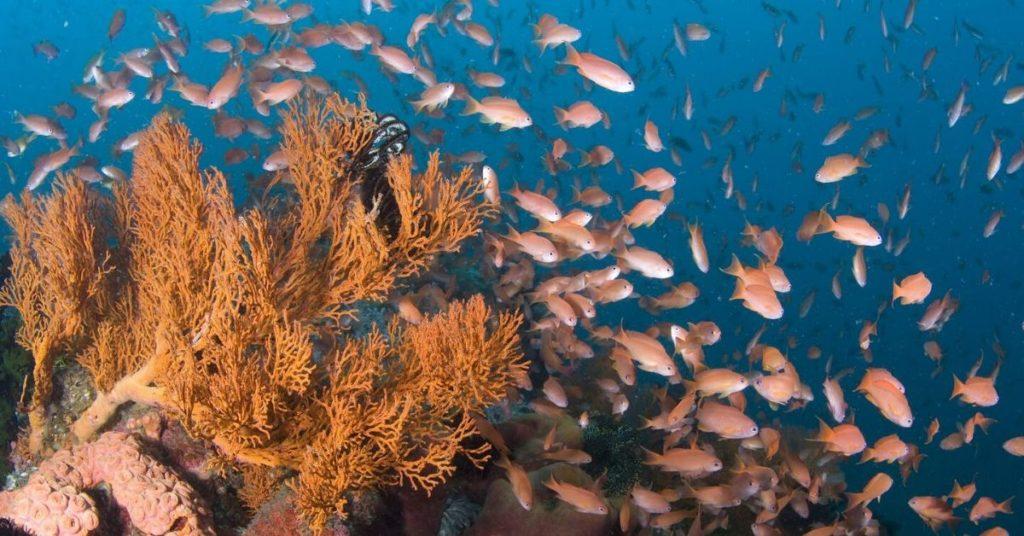 FlipFact of the Day: The Verde Island Passage in Batangas is recognized as the world’s “Center of the Center of Marine Shorefish Biodiversity.”

The 1.14-million-hectare Verde Island Passage (VIP) is a vast waterway that runs between Luzon and Mindoro. It is one of Earth’s most productive ecosystems; in fact, it’s the richest area in the entire Coral Triangle. Its selection of marine biodiversity includes whale sharks, sea turtles, nudibranchs (sea slugs), and over 400 species of corals. It also has roughly three-fifths of all the shorefish species in the world. This has earned it the title  “Center of the Center of the Marine Biodiversity of the World.” (Some also call it the “Center of the Center of Marine Shorefish Biodiversity.”)

Each year, researchers from local and foreign institutions and agencies visit the VIP, drawn to its beauty and biodiversity. In fact, experts discover new marine species in the VIP every year.

However, due to various threats such as overfishing, illegal waste disposal, and daily commercial vessel activity, the VIP requires intense conservation efforts to ensure that its ecosystem continues to thrive. As a result, in 2018, a network of government, conservation, and law enforcement agencies declared every fourth week of September as the Verde Island Passage Conservation Awareness Week.

Science History Milestone: On September 22, 1791, English physicist and chemist Michael Faraday was born. Despite having little formal education, Faraday is widely regarded as one of history’s most influential scientists. He made significant contributions to the fields of electromagnetism and electrochemistry.