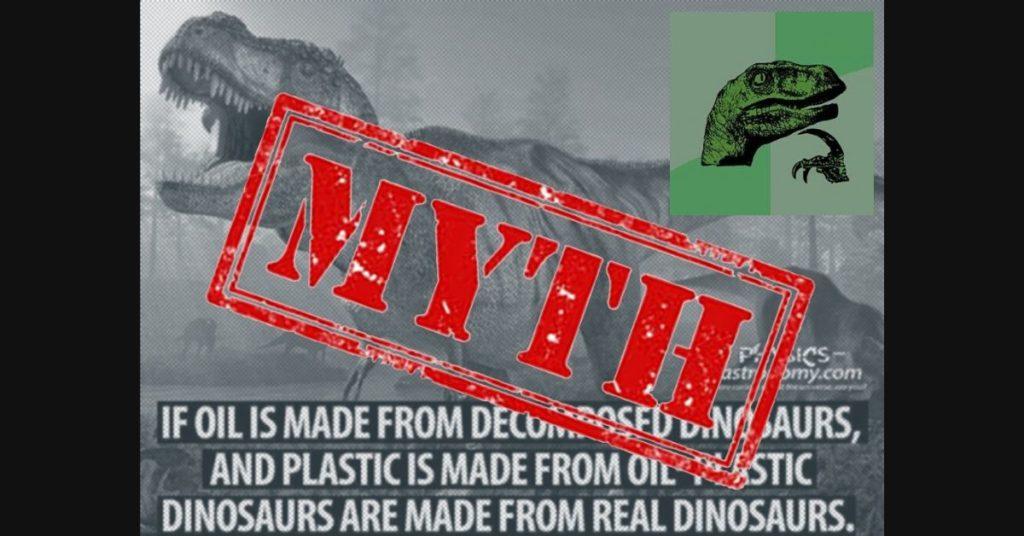 FlipFact of the Day: It’s a realization so mind-blowing that it managed to confuse everyone’s favorite Mesozoic memer, Philosoraptor: “If oil comes from decomposed dinosaurs, and plastic is made from oil, then plastic dinosaurs are actually made from real dinosaurs!” Indeed, it’s a hilarious, meme-worthy statement. It’s also dead wrong, because fossil fuels don’t come from dinosaur fossils in the first place.

Because we call them “fossil fuels,” it’s somewhat understandable for some to think that the fossils in question are the dinosaur bones we see in museums. However, while oil does come from decomposed prehistoric remains, they aren’t from the so-called “terrible lizards.” Fossil fuels come from the tiny phytoplankton (or microalgae) that lived in Earth’s oceans millions of years ago.

When these microorganisms died, they sank to the bottom of their marine habitat. There, they remained undisturbed, hidden by increasing layers of sediment as our planet entered one period of the geologic timescale to the next. Over time, their dead bodies solidified into kerogen (solid, insoluble matter found in sedimentary rocks). Prolonged exposure to extreme heat and pressure transformed these into hydrocarbons, which are what comprise crude oil and gas. These hydrocarbons ended up seeping through fissures, crevices, and other natural formations, where they accumulated. And now, they’re the oil wells from which we get fossil fuels.

As we’ve said before, a bit of research goes a long way in preventing you from getting yabba-dabba-duped.