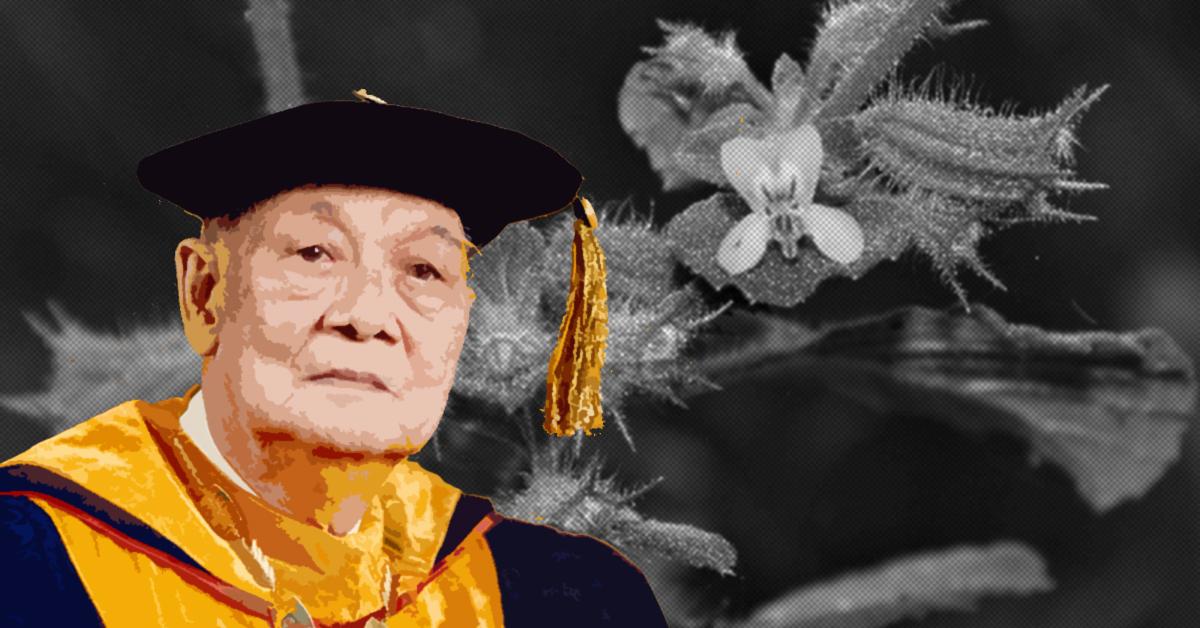 The Philippines is well-known for its rich plant and animal biodiversity. And in more ways than one, the key to our collective health lies in our natural wealth.

Thanks to continuous development in research, modern medicine has increased in effectiveness. However, affordability and accessibility also determine whether or not the public can enjoy the benefits of medical advancements. One way to achieve this is by deriving medicine from locally available resources instead of relying on imported substances and reagents.

One of the first Filipinos to take a scientific approach to unlocking the medical potential of plants in the Philippines was Dr. Alfredo C. Santos. Dr. Santos devoted much of his time, energy, and career to studying the chemistry of Philippine medicinal plants.

Dr. Santos was born on August 15, 1900 in Santo Tomas, Pampanga. He graduated with a bachelor’s degree in Pharmaceutical Chemistry from the University of the Philippines in 1923. Two years later, he completed his Doctorate in Pharmacy at the University of Santo Tomas. Dr. Santos then went to Germany, where he obtained his Doctorate in Philosophy from Westfalische Wilhelms Universitat Munster in 1929.

An accomplished academic in the fields of pharmacy and chemistry, he focused on phytochemistry, the study of chemicals derived from plants. He pioneered studies in the isolation and elucidation (or identifying the chemical structure) of chemical components from indigenous Philippine plants. In particular, he studied alkaloids, organic compounds that can be derived from plants and mostly contain basic nitrogen atoms. His findings showed that certain medicinal plants can address various health problems and symptoms, such as inflammation, high blood pressure, tuberculosis, gastric ulcer, dysentery, and diarrhea.

Dr. Santos worked feverishly in finding cheaper natural alternatives to prohibitively expensive imported medicine. As a result, Dr. Santos had over 50 publications on pharmaceutical chemistry and related studies under his name, both in local and international academic journals. 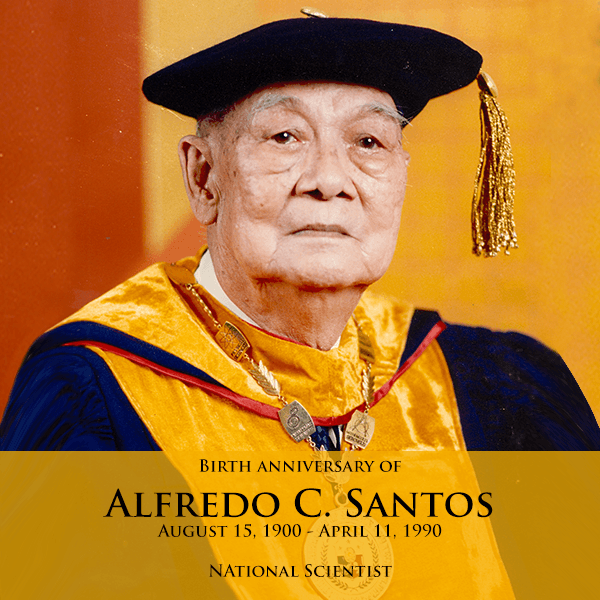 Dr. Santos was also an educator. He held various positions in the University of the Philippines (UP) from 1920 to 1965, including Dean of the College of Pharmacy. Dr. Santos was also one of the founding members of the Philippine Academy of Sciences and Humanities, under what was then called the National Science Development Board. In addition, he helped in advancing research initiatives at the University of Santo Tomas (UST) Research Center and the National Institute of Science and Technology (NAST).

Dr. Santos earned much attention and recognition for his groundbreaking work in medicine. His findings on phaeantharine were recognized by the Colegio Medico Farmaceutica de Filipinas in 1931, for which he received the Anacleto del Rosario Gold Medal. In 1953, he was hailed by the Philippine Pharmaceutical Association as an Outstanding Pharmacist-Researcher. During the 1954 National Science Week Celebration, former President Ramon Magsaysay awarded him the Distinguished Service Medal and a Diploma of Merit for his achievements in the field of chemistry of alkaloids. Three years later, he received the Distinguished Alumnus Award from the University of the Philippines Alumni Association.

In 1973, Santos was one of the Most Outstanding Scientist Awardees of the Philippine Association for the Advancement of Science (PhiLAAS). Dr. Santos eventually joined the ranks of the Philippines’ National Scientists under the directive of former President Ferdinand Marcos in 1978.

Paving the way for Pinoy medicine

Sadly, Dr. Santos passed away on April 11, 1990. To this day, many recognize him as the Father of Natural Products Research in the Philippines.

In a sense, Dr. Santos played an instrumental role in finding a cure to a national ill. –MF