Bovine banter: 5 facts you should know about the tamaraw 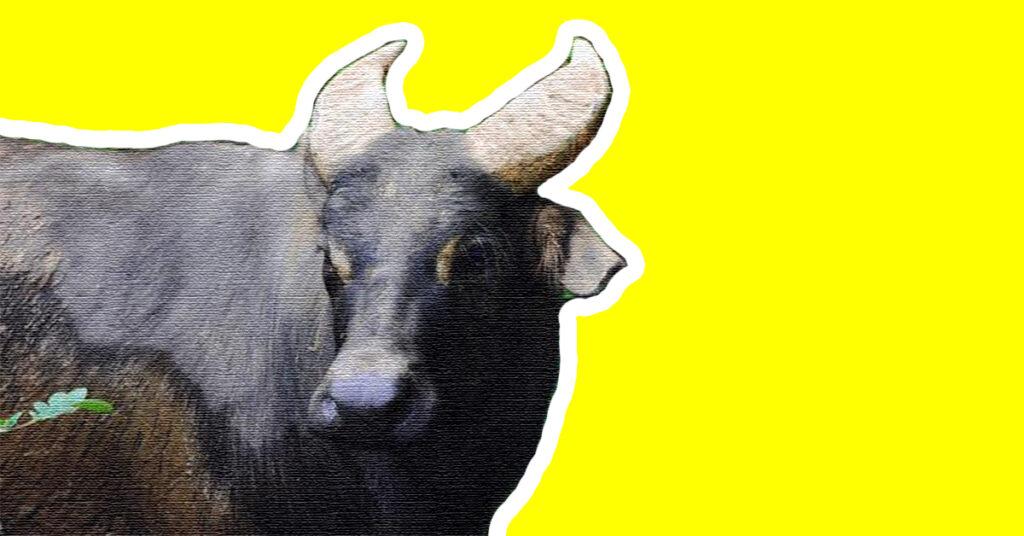 We all learned about the tamaraw somewhere down the line during elementary school. But unless your teacher had quite the knack for biology (or you were fascinated by all things bovine), you probably don’t remember much about it. In fact, some folks even confuse it with the carabao, another prominent mammal in the Philippines.

With that in mind, here are a few things you should know about the Pearl of the Orient’s unique bovine.

1. The tamaraw is our very own huge ‘dwarf’

Despite this, the tamaraw is the largest mammal native to the Philippines, making it anything but a dwarf compared to local wildlife. Its distinct, V-shaped horns grow up to half a meter (1.67 ft) long, and the animal weighs about 300 kg (661.39 lbs). Meanwhile, the carabao (Bubalus bubalis) possesses longer, half-moon-shaped horns, stands about 1.37 m (4.5 ft) at the shoulder, and weighs up to 700 kg (1,543.24 lbs).

2. It’s quite fond of water

As with many other bovine species, tamaraws thrive in relatively wet landscapes. Among other things, they like to wallow in mud pits, and generally hang out near swampy environments to keep themselves hydrated. More so, they breed during the dry season. This ensures that when the calves are born in time for the wet season, they’ll have enough sustenance.

In general, tamaraws are what you might consider “reserved” creatures. While quite curious, it is uncommon for them to spend much time coming into contact with humans, nor with other individuals of their species. Researchers have observed temporary herding behavior between mothers and their calves, as well as small groups of juveniles. Adults, on the other hand, often live solitary lifestyles. They can also be very aggressive when humans disturb them.

4. It changed its sleeping schedule largely because of humans

Without a doubt, human activity has altered wildlife worldwide. Case in point: recent changes surrounding its habitat have significantly affected the tamaraw’s sleeping and grazing patterns. A few decades ago, individuals outside of captivity were usually active from morning till afternoon. These days, however, they have been observed to be more nocturnal – hiding and resting behind grassland vegetation during the day, and then feeding when the night gets dark – likely because of habit disturbances.

5. It’s the only endemic bovine in the Philippines—and it’s endangered

Formerly widespread, the tamaraw can now only be naturally found in the island of Mindoro. The locals who serve as its caretakers have been unable to properly protect its numbers due to the prevalence of diseases and lack of modern medicinal services in the area. Since the late 1970s, the tamaraw population has been steadily decreasing, thanks to poaching and habitat loss, among others.

Now critically endangered, it is estimated that there are only around 600 individuals left as of May 2020. This is a drastically low number compared its former population of roughly 10,000 during the 1900s.

Several conservation efforts, which have steadily improved their numbers again over the years, are currently underway. Still, there is much work to do in order for their numbers to bounce back up. For now, the country’s largest endemic mammal must continue to exist in instability.—MF