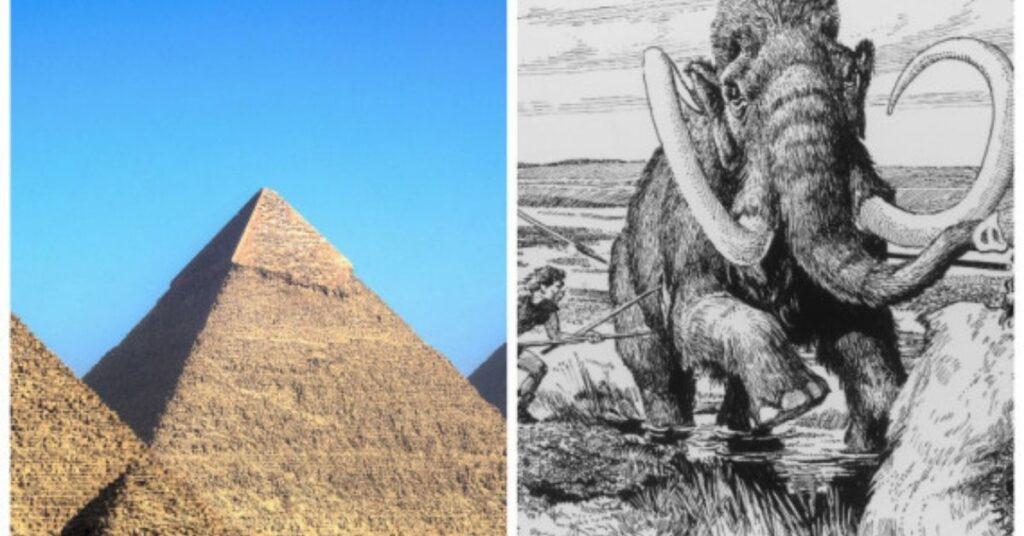 When we think of woolly mammoths, we tend to imagine them going extinct during the age of early human hunter-gatherers. It may come as a surprise, then, that quite a few of these hairy quadrupeds were still around when ancient civilizations were accomplishing amazing feats with steadily advancing technology.

The Great Pyramid of Giza, the biggest and oldest of the three large Giza Necropolis pyramids, is said to have been completed around 2560 BCE. During this time, the last of the woolly mammoths still occupied the icy soil of Wrangel Island near the Russian coast. This population of 500 or so small mammoths lived relatively undisturbed on that isolated island until approximately 1650 BCE—almost a thousand years after the Great Pyramid was finished—outlasting their heftier mainland counterparts by nearly 6,000 years.

As to why woolly mammoths went extinct, well, scientists still aren’t sure. The most likely reason, based on available data, is inbreeding (plus the changing climate at the time). Evidence also suggests that humans made it to Wrangel Island when the last surviving mammoths were dying out, so that might have contributed to their extinction as well.

Today’s Science History Milestone: On December 12, 2015, the Paris Agreement was signed by 195 members of the United Nations Framework Convention on Climate Change (UNFCCC). This historic agreement was established with the aim of limiting the global temperature increase and reducing climate change’s devastating impact on the world. It required each member country to develop and implement a strategic plan to advance their shared goals. In November 2019, the United States formally submitted its withdrawal from the Paris Agreement.