Published on May 4, 2020 by Mikael Angelo Francisco 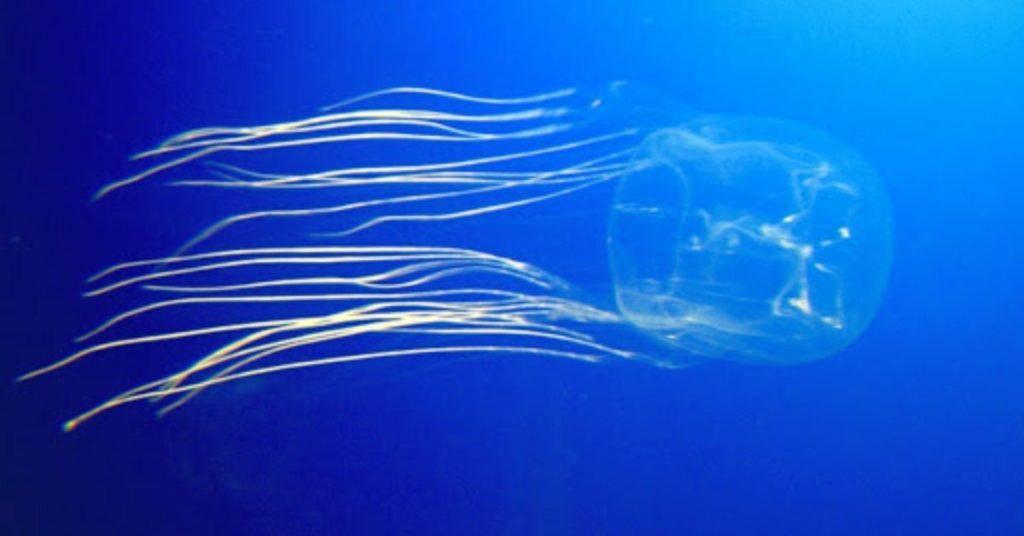 Scientists have identified over 4,000 species of  jellyfish (or sea jellies) worldwide. While it’s hard to say exactly how many of these are in the Philippines, they’re pretty common here, especially during the summer months. That’s not to say, however, that we shouldn’t be wary of these brainless bags of water. In fact, one of the most venomous kinds of jellyfish can be found in our waters—a species so poisonous that it only takes one tentacle tap to kill you within minutes.

Chironex fleckeri is a particularly toxic box jellyfish (class Cubozoa) that needs just one hit to kill an adult human. This variety is found in northern Australia, Malaysia, the Philippines, and other nearby territories. These box jellyfish, locally called quatro cantos, possess numerous 3-meter-long tentacles, each containing specialized cells called nematocytes. Within these cells are nematocysts, capsules that shoot microscopic harpoons which jellyfish and other cnidarians use for hunting prey. They contain bioactive proteins that can cause inflammation and destroy red blood cells.

According to biochemist Angel Yanagihara, approximately 500 people in the Philippines die from box jellyfish stings every year. Box jellyfish deaths typically result from cardiac arrest, though not all victims die instantly. Some experience days of pain, inflammation, and nausea, eventually concluding with brain hemorrhage and death.

In case of a close encounter with a cubozoan, apply a weak acid such as vinegar over the stung area ASAP, then wash it off with salt water. (Despite what pop culture says, you don’t have to ask your pals to unzip when urine, er, you’re in such a situation.)