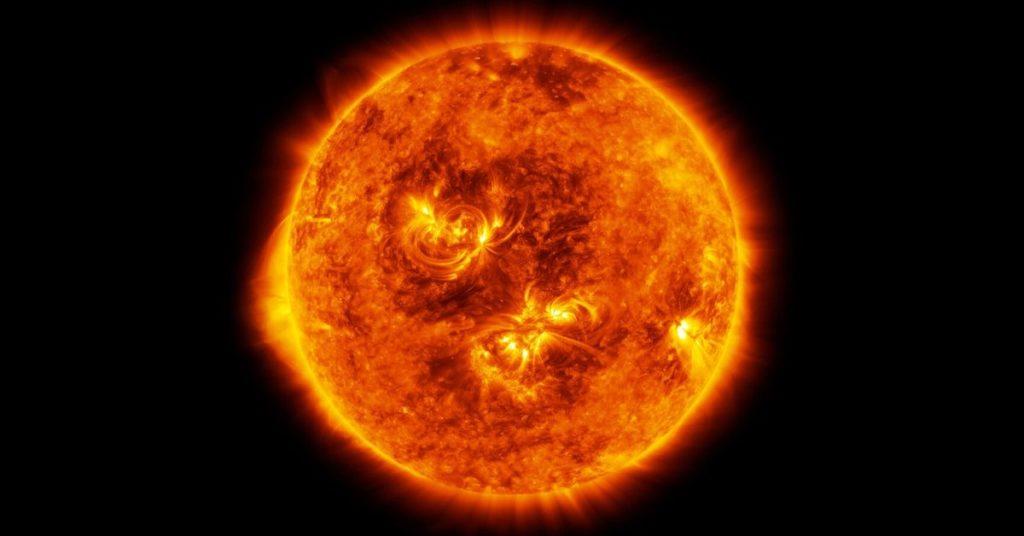 FlipFact of the Day: In a pamphlet published in 1612 called Letters on Sunspots (Istoria e Dimostrazioni intorno alle Macchie Solari), Galileo Galilei noted how there were dark spots on the Sun‘s surface that appeared to change position over time. To him, this indicated that the Sun was both imperfect and in motion—concepts that stood in direct contrast to what many believed about the Sun back then. Today, we’re able to say with certainty that Galileo had the right idea.

Located at the heart of the Solar System, the Sun is actually a ball of gas and plasma. Thus, unlike Earth and other solid bodies, it doesn’t rotate at a single, consistent rate as a whole. Its gases rotate at a faster rate at its equator (around 24 days) than at its poles (roughly 30 days). Also, its inner parts spin faster than its outer layers.

Aside from that, the entire Solar System moves around the center of the Milky Way galaxy at an average velocity of 828,000 km/hr. While that does sound quite fast, take note that the Milky Way has a diameter of around 100,000 light-years; meanwhile, we’re roughly 28,000 light-years away from the supermassive black hole at the galaxy’s center. Thus, one full orbit around our galaxy takes around 320 million years.

Interestingly, this means that during the reign of the dinosaurs (245-66 million years ago), they were on an entirely different side of the galaxy!