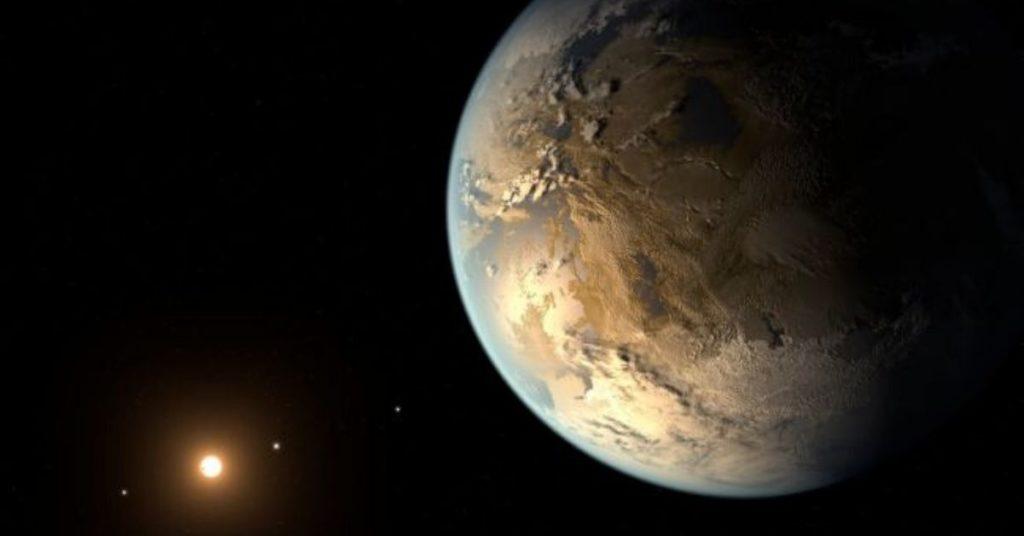 On April 17, 2014, researchers announced a remarkable discovery. Using NASA’s Kepler Space Telescope, astronomers found an Earth-sized planet more than 500 light-years away, orbiting a star’s “habitable zone.” Simply put, the planet (Kepler-186f) is far enough from its star (a red dwarf called Kepler-186) for liquid water to exist on its surface. It was the first time we’d ever seen anything like it outside of our Solar System. Unsurprisingly, scientists began to wonder if Kepler-186f could actually support life—and unfortunately, it’s extremely hard to say for sure.

Carbon-based life forms require liquid water to exist, as it is what makes many fundamental life functions possible. And since all known living organisms on Earth—the only place in the universe so far with irrefutable evidence of life—are carbon-based, we treat the presence of liquid water in any environment as the primary requirement for life.

That’s what makes exoplanets (planets outside the Solar System) within a star’s habitable zone so fascinating for scientists to study. If a planet orbits too close to a star, extremely high surface temperatures will make it virtually impossible for liquid water to pool on its surface. On the other hand, if it’s too far away, there’s a good chance it’s too cold for water to exist in liquid form. (There are some known exceptions, though, such as the subsurface ocean of Europa, one of Jupiter’s Galilean moons.) This is also why a star’s habitable zone is called its “Goldilocks zone.” It’s neither too hot nor too cold—it’s just right.

A year on Kepler-186f lasts roughly 130 Earth days (though we’re not sure about the length of a day on Kepler-186f). Interestingly, high noon on Kepler-186f would only be about as bright as an hour before sunset on Earth. It’s also not the only planet in the Kepler-186 system, which is positioned in the constellation Cygnus: There are four other planets there, but all of them are too close to their star (and thus, too hot for life as we know it).

Kepler-186f is approximately 10 to 11 percent larger than Earth. However, we have yet to determine its actual mass, density, atmospheric composition, and gravity. Thus, while it’s Earth-sized, it may not be Earth-like. According to a 2018 analysis, Kepler-186f’s axial tilt is stable enough to make regular seasons and a stable climate possible.

Sadly, reaching out and waiting for a response isn’t an option: It would take about 500 years for a message from Earth to reach Kepler-186f.

Since then, the Kepler Space Telescope has paved the way for us to find other “distant cousins.” On July 23, 2015, NASA confirmed the existence of Kepler-452b, a planet slightly bigger than Earth that orbits the habitable zone of a G2 star like our Sun.

In fact, we’re still getting useful data from the telescope, even after it was retired in November 2018. Most recently, on April 15, 2020, the Kepler False Positive Working Group announced the existence of Kepler-1649c, a rocky planet orbiting the habitable zone of a red dwarf 300 light-years away from us. Among all the Earth-sized “Goldilocks zone” exoplanets we’ve found, it’s the closest in both temperature and size to our planet, with a radius 1.06 times that of Earth.