As the Thwaites Glacier melts, global sea levels rise. Can we still save it?

Published on September 13, 2019 by May Lara Bea Labayog 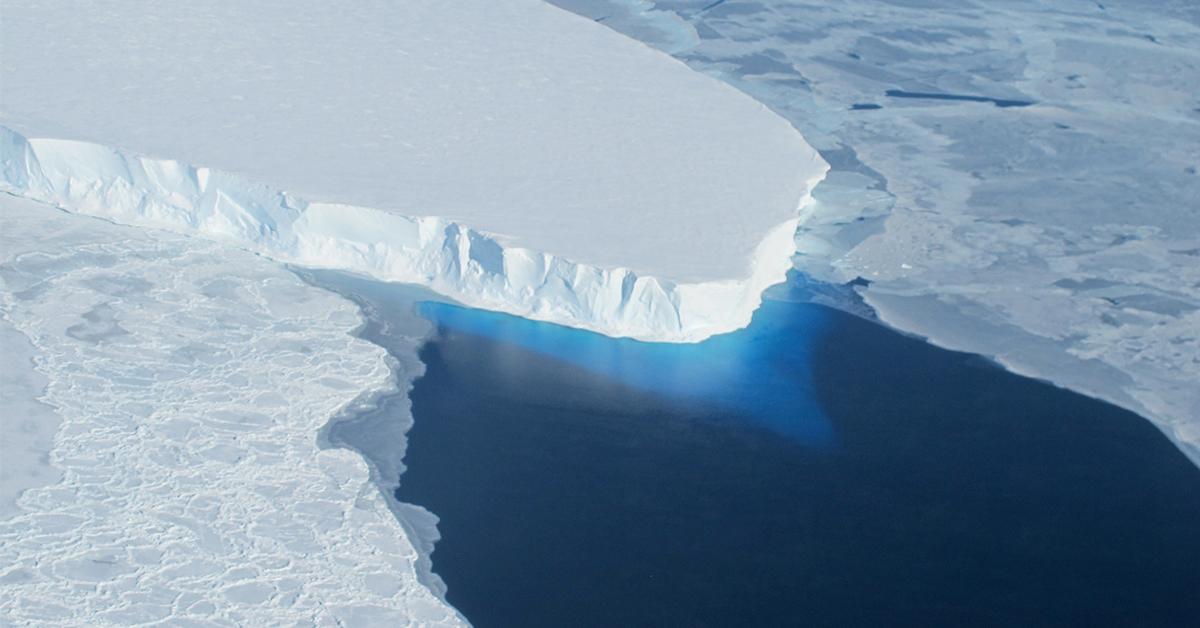 •Antarctica’s massive Thwaites Glacier accounts for 4 percent of the annual sea level rise.
•Recently, scientists discovered that it is thinning much faster than earlier estimates.
•Once it reaches the point of irreversible melting, it could threaten entire ecosystems and economies across the world.

The Thwaites Glacier, located in western Antarctica and about the size of Florida, is about to reach a point of irreversible melting.

This massive glacier is part of Antarctica’s ice sheet, and is reported to be retreating by up to 2,625 feet per year. Glaciers retreat when their terminal edge melts, or when pieces of it break off. A retreating glacier loses more water than it gains, resulting in rising sea levels.

The Thwaites Glacier also helps its neighboring glaciers from floating off across the ocean. If the glacier were to collapse, it could create a chain reaction and destabilize surrounding glaciers as well.

Digging ourselves into an increasingly deeper hole

Earlier this year, NASA discovered a 984-feet tall cavity under the glacier. This indicated that as the glacier retreats, its underside is simultaneously being hollowed out.

A more recent and disturbing discovery: One of its key ice shelves lost up to 33 percent of its ice across three decades, from 1979 to 2009. In other words, the glacier is thinning at a much faster rate than scientists had initially estimated.

Without a doubt, this presents a tremendous risk to future sea level rise. As it is, the glacier already accounts for about 4 percent of the annual worldwide sea level rise.

In hot water, sooner than later

Due in no small part to climate change, ocean temperatures are warming. As greenhouse gases become trapped in our atmosphere, our planet increasingly heats up. Oceans absorb this heat, warming the water and further contributing to the melting of glaciers.

This flowing warm water is the cause of the large cavity in the Thwaites Glacier–and it is growing rapidly as well.

In a recent statement, NASA scientist Hélène Seroussi warned that if this continues, the Thwaites Glacier will reach a tipping point. It may lose all of its ice within 150 years.

Once the Thwaites Glacier fully melts, it would raise the worldwide sea level by 1.64 feet, threatening coastal homes and even entire economies. People living beside the ocean would be displaced. The resulting catastrophe would also further threaten endangered species due to habitat loss.

In addition, higher flood risk might cause cities and even some small islands to sink. Higher sea levels also mean more dangerous hurricanes and typhoons– and disaster-prone countries such as the Philippines will no doubt bear the brunt of these weather catastrophes.

What can we do?

As lofty and ambitious as it sounds, we’d have to mitigate climate change. Realistically speaking, we can’t do much on an individual level.

That’s not to say, though, that any solo efforts would be for naught. Quite the contrary, in fact: Every bit helps.

One large-scale solution would be to invest in alternative energy sources. These include solar panels, wind turbines, and geothermal energy.

Cars contribute a lot to the emission of harmful gases as well, so driving less or using an electric car would help reduce the release of these gases. If you own a car, consider traveling walkable distances on foot, or taking a bike instead.

Lastly, stay informed, and share what you’ve learned. This way, more people will recognize the problem, and can act upon all that information.

While small actions certainly won’t save the Thwaites Glacier on their own, they definitely contribute, and can even lead to major changes on a wider scale. And perhaps, those changes could be enough to save this massive glacier before the dreadfully possible becomes the inevitable.–MF