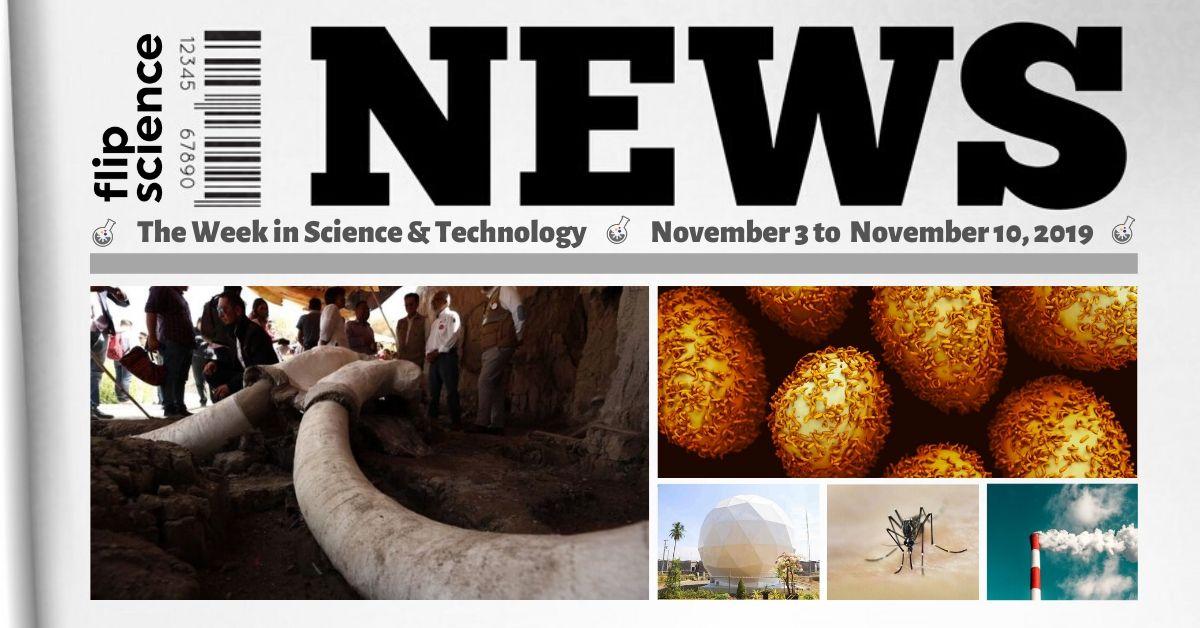 ICYMI: Science and technology updates from November 3 to 9, 2019.

Last November 8, Spanish health authorities announced what appears to be the first confirmed case of dengue transmitted through sexual intercourse.

According to the European Center for Disease Prevention and Control (ECDC), the case, which involves a 41-year-old man from Madrid who exhibited dengue symptoms after engaging in sexual activity with his male partner, is “to [their] knowledge, the first sexual transmission of the dengue virus among men who have sex with men.” The man’s partner had picked up the virus after traveling to Cuba; the subject, on the other hand, had not traveled to any country known to be a dengue hotspot. (Read the full story.)

It is worth noting, however, that existing studies had already revealed the possibility of sexually transmitted dengue. In May 2018, the health journal Eurosurveillance published a study in which researchers detected dengue virus RNA in semen samples taken from a Caucasian man traveling from Italy to Thailand. However, their findings were not corroborated. Five months later, the journal Infectious Diseases published a letter from researchers in South Korea that discussed a “probable” case of dengue transmitted from a woman to a man via sexual intercourse.

Italy will start teaching students about climate change in 2020

Starting in 2020, Italian schools will incorporate 33 hours of study issues related to climate change into their annual curricula. According to Education Minister Lorenzo Fioramonti’s spokesman, Vincenzo Cramarossa, existing civics classes will have these lessons built into them. Additionally, traditional subjects will also touch upon the topic of sustainable development. Read the full story.

A recently published study in Science revealed researchers’ findings on how colorectal cancer cells avoid being eliminated via targeted therapy. Just like how bacteria increase their genomic mutation rate to raise their chances of gaining resistance, these cancer cells also ramp up their mutation rate. According to the authors, this discovery may play a role in understanding how to delay or prevent this “adaptive mutability,” thereby stopping the cancer cells from becoming more resistant to treatment. Read the full story.

Our ancestors may have built traps to hunt woolly mammoths

Two pits discovered in Tultepec, Mexico held an unexpected revelation for archaeologists: 15,000-year-old evidence that early humans actually used traps to hunt woolly mammoths. The pits, which Mexican officials believe are the first mammoth traps to be discovered, contained over 800 bones that belonged to at least 14 woolly mammoths. Experts theorize that early hunters may have used torches and tree branches to herd the massive mammals into the traps. These findings challenge existing ideas on how our ancestors hunted these prehistoric behemoths. Meanwhile, the National Institute of Anthropology and History (INAH) expects that more traps would be found in the city. Read the full story.