5 little-known endangered species in the Philippines

Published on December 26, 2020 by FlipScience Staff 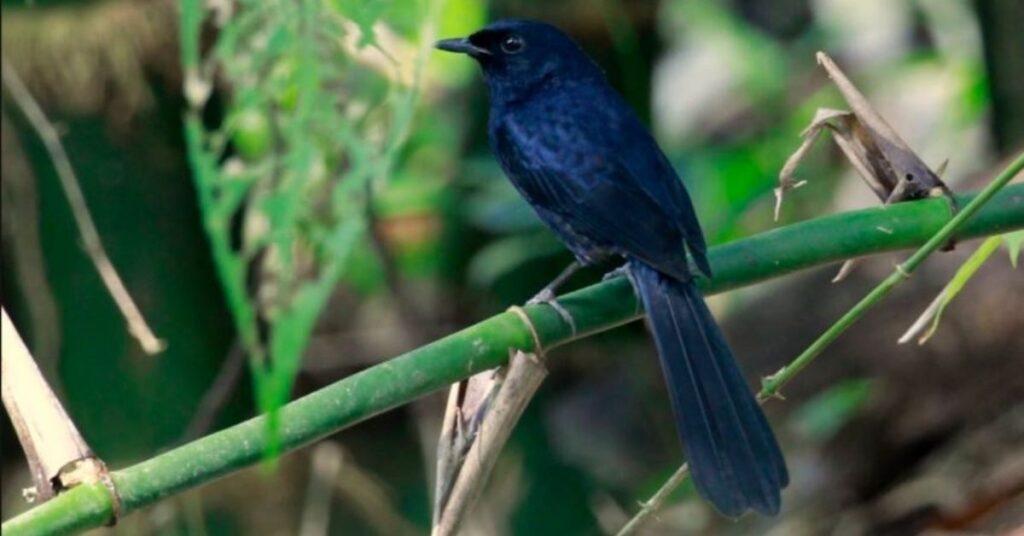 Did you know that the Philippines is among the 17 megadiverse countries in the world? Megadiversity refers to the presence of great biodiversity; for a country to be considered megadiverse, it must have (1) at least 5,000 endemic plants and (2) a marine ecosystem within its borders.

The fact that the Philippines is part of such a prestigious list highlights the importance of protecting its various endangered species. Unfortunately, save for a handful of popular ones like the Philippine eagle, the tamaraw, and the tarsier, many of the endangered species in the country don’t get as much attention as they deserve. 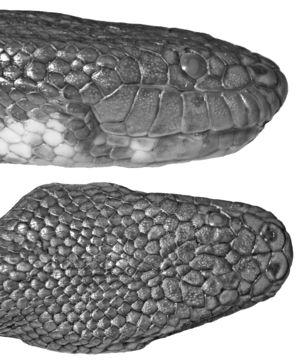 The Lake Buhi bockadam (Cerberus microlepis) is a type of dog-faced water snake endemic to the Bicol Peninsula. It is usually found in Lake Buhi, though specimens have been found in Lake Manapao. C. microlepis can be distinguished from all other members of the Cerberus genus via its 27 to 31 scale rows at midbody (versus the 21 to 25 mid-body scale rows of the other species). Because of its limited habitat range, the International Union for Conservation of Nature (IUCN) has placed it on the endangered snake species list. 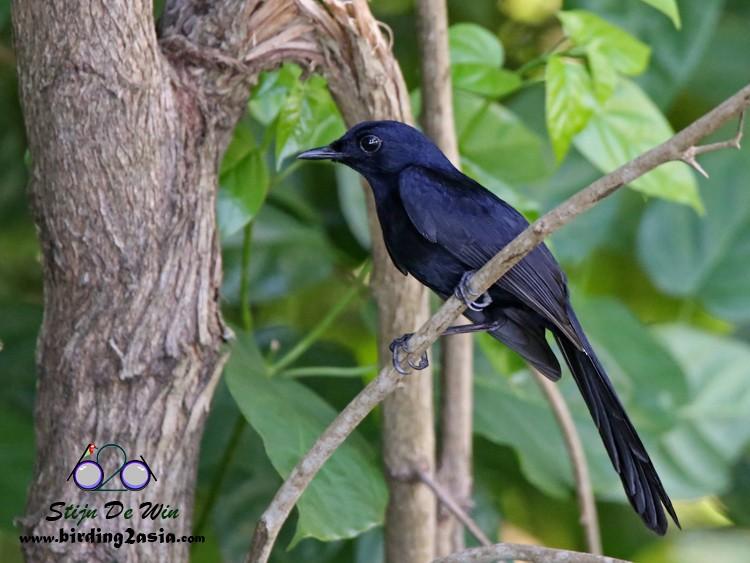 The black shama (Copsychus cebuensis) is endemic to the moist lowland forests, shrublands, and plantations of Cebu. Its primary distinguishing trait is a coat of black feathers that grow up to 20 cm (7.87 in) in length, with the tips of its wings exhibiting a bluish gloss. Males of the species tend to have brighter feathers.

The continuous degradation of the black shama’s natural forest habitats has earned it a place on IUCN’s red list. Experts estimate that only 1,000 to 5,000 of this endangered species are alive today. 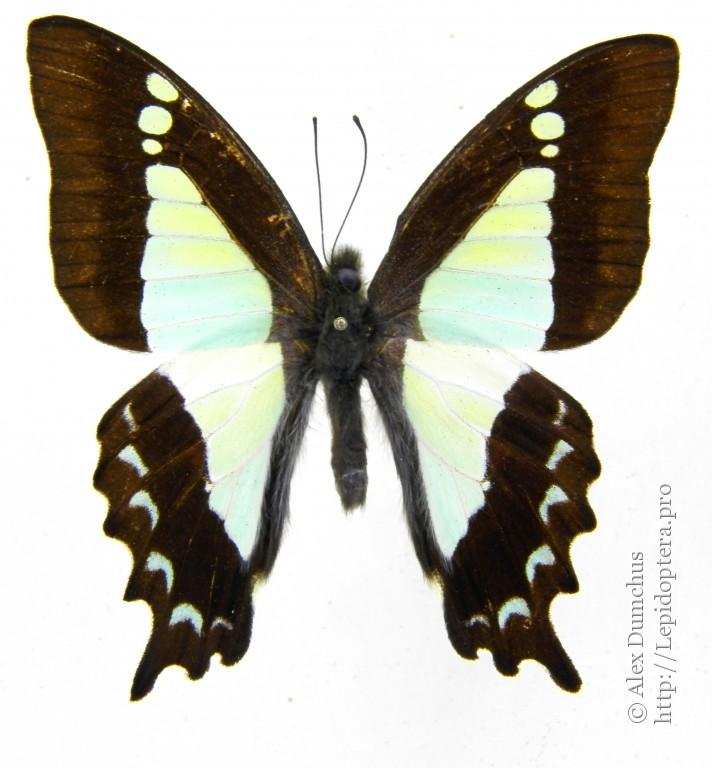 Since 1985, the IUCN has considered the Apo swallowtail (Graphium sandawanum) an endangered species. This butterfly got its name from its habitat: The forests of Mount Apo in Mindanao.

G. sandawanum sports primarily black wings with light green to yellowish spots in the middle. Its hind wings are shorter, showing a few touches of green near the edges. 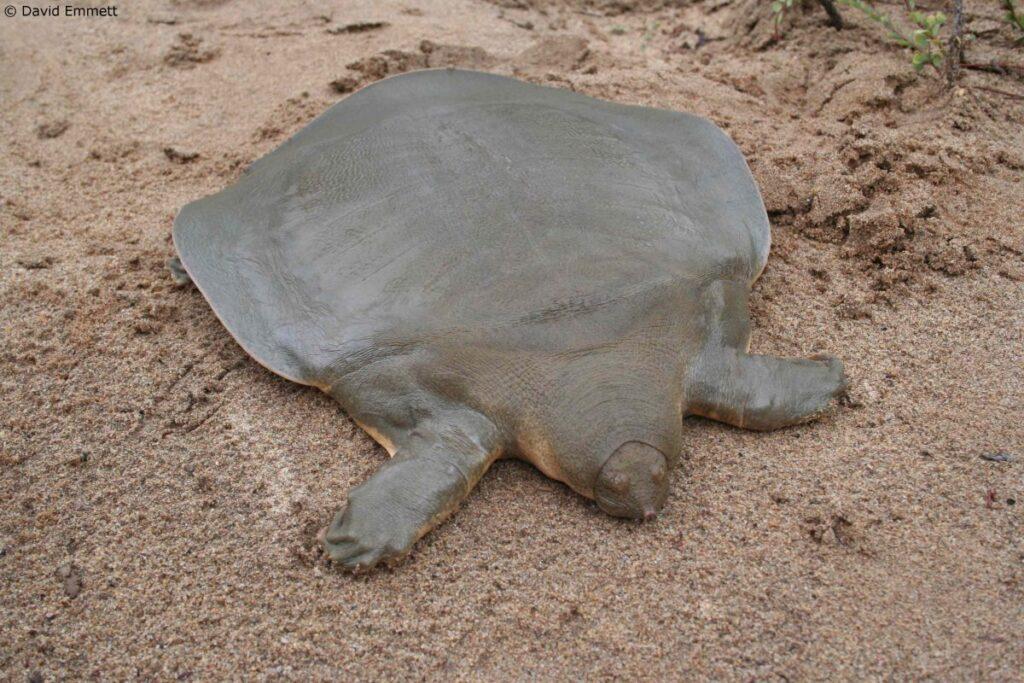 The frog-faced softshell turtle (a.k.a. Cantor’s giant softshell) is a species of freshwater turtle from Luzon and Mindanao. This peculiar creature possesses a broad head, small eyes positioned near its mouth, and a remarkable body size. Growing up to 1.83 m (6 ft), it is carnivorous in nature.

This turtle spends almost its whole life buried and motionless, surfacing only twice a day to respire. Sadly, the steady decline of its population has led to it being classified as endangered. 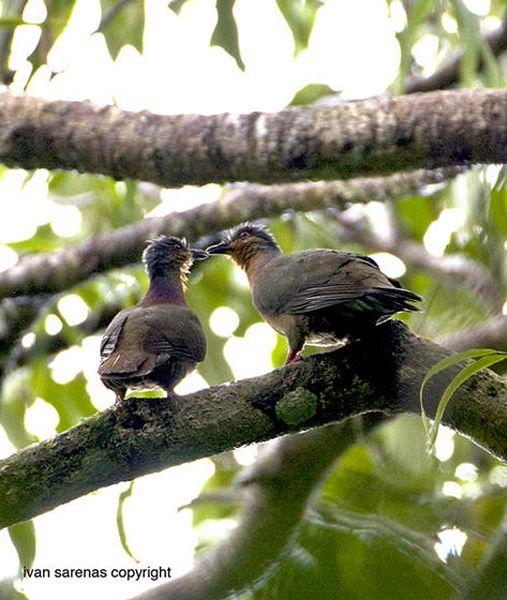 Found only in Sulu, the Tawitawi brown dove (Phapitreron cinereiceps) is a medium-to-large-sized bird that is predominantly brown (sometimes greyish). Compared to the lower parts of its body, this bird’s feathers are a darker olive-brown. Due to its rapidly declining population, it earned a spot on IUCN’s endangered list.—by Carolyn Grace Tongco and Mikael Angelo Francisco

Editor’s note: A previous version of this article erroneously referred to the Lake Buhi bockadam (Cerberus microlepis) as Cerberus schneiderii, and used a photo of Cerberus rynchops by mistake. While they all bear the moniker “dog-faced water snake,” they are classified as different species because of their respective geographical locations and physical characteristics. These errors have been corrected.