This epic dinosaur exhibit is right on top of a mall

There’s just something about dinosaurs that never fails to fascinate kids (and kids at heart).

Sadly, they all went extinct 66 million years ago, and cloning them a la Jurassic Park isn’t really an option. Basically, the odds of seeing any living, breathing specimens of these majestic creatures would lie somewhere between zero and none. (Unless you want to count birds, of course.)

Fortunately, if you visit the Dinos in the Mall exhibit at SM Cherry Antipolo’s Sky Garden, you can enjoy the next best thing. 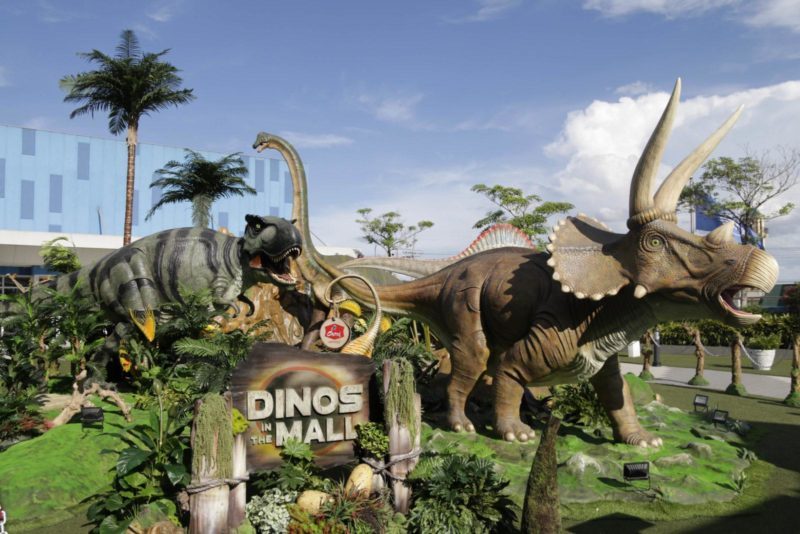 Dinosaurs in the spotlight

It’s worth noting that these amazing sculptures were patterned after the traditional, non-feathered depictions of these fearsome reptiles. In other words, you won’t see any feathered dinosaurs here. However, it doesn’t make the overall display any less impressive.

Here’s some information on the six stars of this exhibit of the extinct. (Oh, and in case you were wondering, the dinosaur named after Thanos isn’t here. Unfortunate, but inevitable.)

Stegosaurus was an herbivorous dinosaur that lived during the late Jurassic period (155 to 150 million years ago). It was characterized by the double row of kite-shaped bone plates protruding from its back and the four spikes on its tail (called a thagomizer).

A fast-moving carnivore from the late Cretaceous era (75 to 71 million years ago), Velociraptor possessed a long tail and a large, sickle-shaped claw on each foot. It belonged to a group of dinosaurs called dromaeosaurids, which shared quite a few physiological features with modern-day birds. 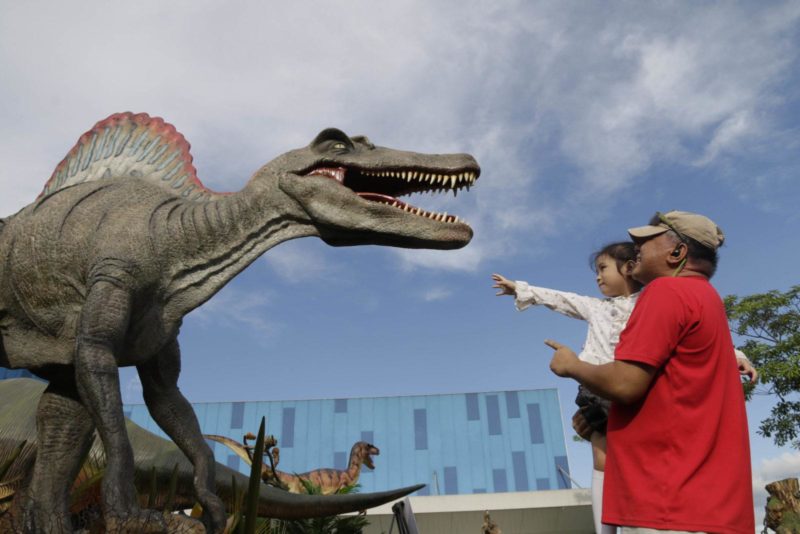 Spinosaurus was a massive carnivorous dinosaur that lived during the Cretaceous era (112 to 93.5 million years ago). Its most distinctive features are its long neural spines, running down its back and forming a “sail” of sorts. For the better part of a century, scientists knew very little about this dinosaur, as the original fossils were destroyed when the museum holding them was bombed during World War II.

Brachiosaurus was a long-necked, herbivorous dinosaur from the late Jurassic period (154 to 153 million years ago). It belonged to a group of dinosaurs called sauropods, known for their long necks and tails. It may have grown between 40 to 50 feet tall — bigger than a four-story house!

Triceratops is the most well-known member of the group of horned dinosaurs known as the ceratopsians. It lived during the late Cretaceous era (68 to 66 million years ago), and was one of the last species of dinosaurs to walk the planet. Scientists are still not completely sure about the purpose of this plant-eating creature’s frill and horns. Some believe they were used for self-defense, while others say that they were used in mating and courtship displays.

Perhaps the most well-known dinosaur of all time, the mighty Tyrannosaurus lived 68 to 66 million years ago, in the late Cretaceous period. This fearsome carnivore walked on two legs, had a massive skull with rows of sharp teeth, and was most likely the top predator of its time. Due in part to its popularity and the abundance of well-preserved and nearly complete skeletal remains, T. rex is also one of the most extensively studied dinosaurs ever. 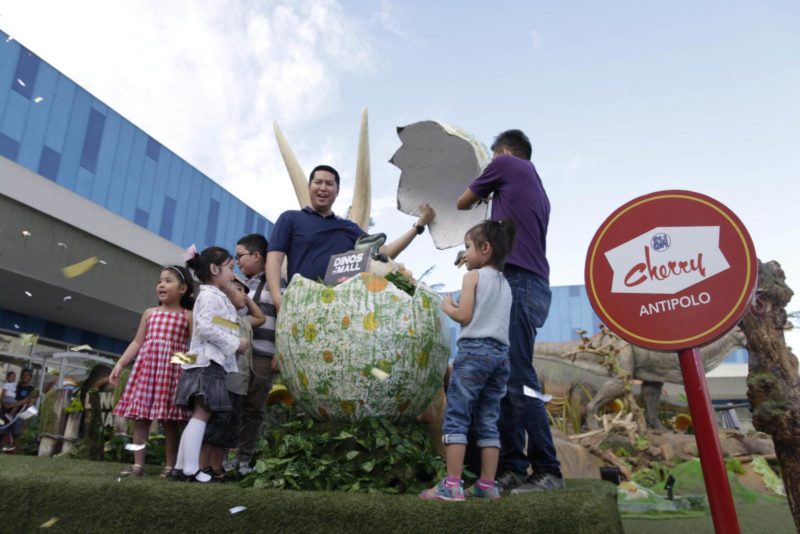 If you want to see these dinosaurs up close, you have until October 31 to visit the exhibit!