Want to officially name an exoplanet AND its parent star? Here’s how 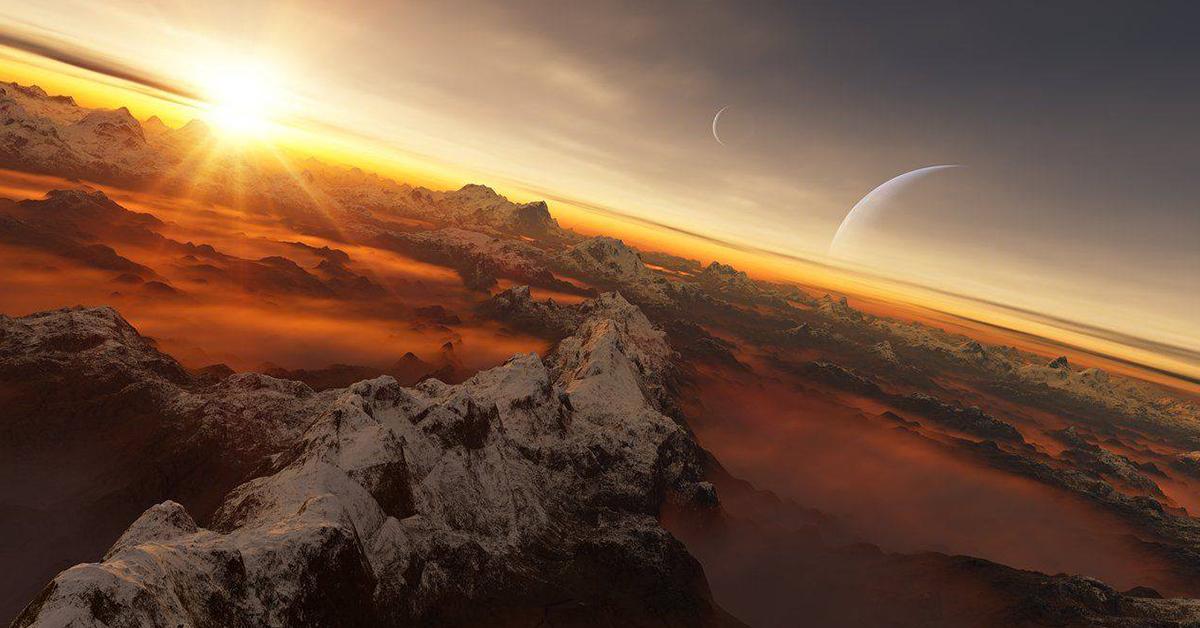 •The International Astronomical Union (IAU) is inviting Pinoys to submit their best naming suggestions for an exoplanet system.
•The exoplanet and parent star in question are WASP-34b (larger than Jupiter, but only half as massive) and WASP-34, respectively.
•If you win, you’ll also receive a 3-inch reflector telescope from PAGASA.

Remember that romantic Twitter post in 2017 about a guy who “bought” and “named” a star after his girlfriend?

That helluva killer move inspired by the 2002 chick-flick “A Walk To Remember” sent the local Twitter-verse and Facebook-sphere into frenzy. Unsurprisingly, thousands of netizens gushed over the gesture.

However, it also earned some jeers from folks who take astronomy very seriously. As it turns out, you can’t just buy and name a star and call it “official.”

It might be time to thank your lucky stars, though. This year, you might get the chance to name an exoplanet AND a star.

The International Astronomical Union (IAU) is the only scientific body with the power to “standardize nomenclature of celestial objects.”

The approved names “represent the consensus of professional astronomers around the world and national science academies,” according to IAU’s website.

As of writing, the Philippines has only six registered members in this prestigious organization. Among them are Dr. Cynthia Celebre, PAGASA’s Weather services chief and currently the sitting president of the IAU National Committee for Astronomy in the Philippines, and Dr. Rogel Mari Sese, one of only three Filipino astrophysicists and a major figure in writing the bill establishing a Philippine space agency.

But now that the IAU is celebrating its centennial anniversary, it’s opening its doors to the public to suggest names for not just one, but two cosmic objects in the Universe. Through IAU’s IAU100 Name ExoWorlds contest, an exoplanet and its parent star from a galaxy far, far away will get their own Pinoy-inspired names.

The IAU has assigned a so-called “WASP” planet for each of the participating countries.  WASP stands for “Wide Angle Search for Planets,” a leading ground-based transit-search team that has already found 150 planets to date.

WASP’s extraordinary exoplanet hunt works by “observing the light curve of bright stars for periodic dimming caused by an object passing in front of the star.”

The other exoplanet finding body was NASA’s Kepler space mission, which employed a space telescope that surveyed a portion of the Milky Way for exoplanets before it was deactivated in 2018.

A total of 15 countries have so far joined the competition. Two are from Southeast Asia: Thailand and the Philippines. The exoplanet WASP-34b and its parent star WASP-34 were assigned to our country. They can be found in the constellation Crater.

WASP-34b is a gas planet 1.22 times the radius of Jupiter, making it larger than our Solar System’s biggest planet. 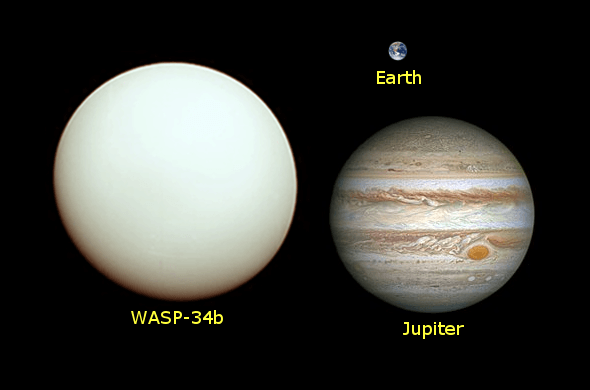 Size comparison: WASP-34b, Earth, and Jupiter. WASP-34b is bigger than Jupiter but only half its mass, making it much less dense. (Image: Wide Angle Search for Planets)

WASP-34b was officially unveiled to the public in 2011 in a scientific paper authored by Dr. Barry Smalley of Keele University, United Kingdom and his team.

“One of the rationales behind opening the Name ExoWorlds in each country is to have a sense of global identity and international cooperation,” Coleen Santos, a public relations officer of the National Outreach Committee of IAU100 Name ExoWorlds told FlipScience in an email interview.

“The project also encourages participants to dig deep in our heritage, and hopefully discovering vital information of our ancestry that are almost forgotten by the generation today.” 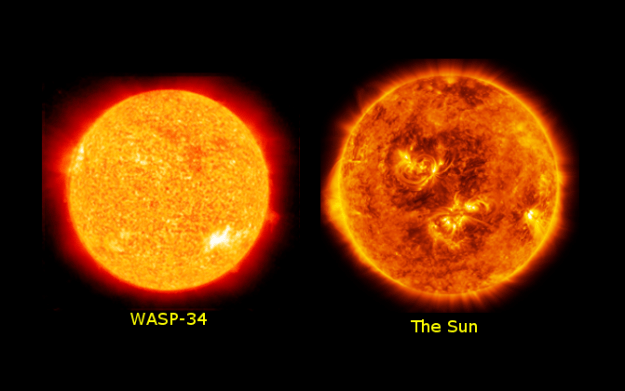 Size comparison: The star WASP-34, which is found in the constellation Crater, is actually a bit smaller and a bit cooler than our Sun. (Image: Wide Angle Search for Planets)

The IAU has released a long list of naming rules. Keep them in mind as you think of those unique Pinoy names!

Some helpful advice: Avoid names that are too similar to an existing name of an astronomical object, any funny-sounding names, or names protected by trademarks and copyrights.

Entries will be judged based on:

The deadline of entries will be on September 15.  You can submit your entry via the Name Exo Worlds Philippines website. Note that you’ll also have to explain how you came up with your suggestions.

A panel of judges will meticulously screen the proposals over the course of two weeks. An online poll in October will feature the best contenders. The top three sets of names from the online poll will be presented to the IAU in November. Afterwards, the organization will announce the final names chosen by each country for their assigned exoplanet and parent star before the year ends.

It’s not going to be easy, but hey. There’s a 3-inch reflector telescope sponsored by PAGASA at stake (on top of the right to officially name an exoplanet system for free). If you were to ask us, it’s definitely worth a shot! –MF