FlipFact (March 1, 2020): The squidworm: One of the weirdest animals you’ll find in Philippine waters 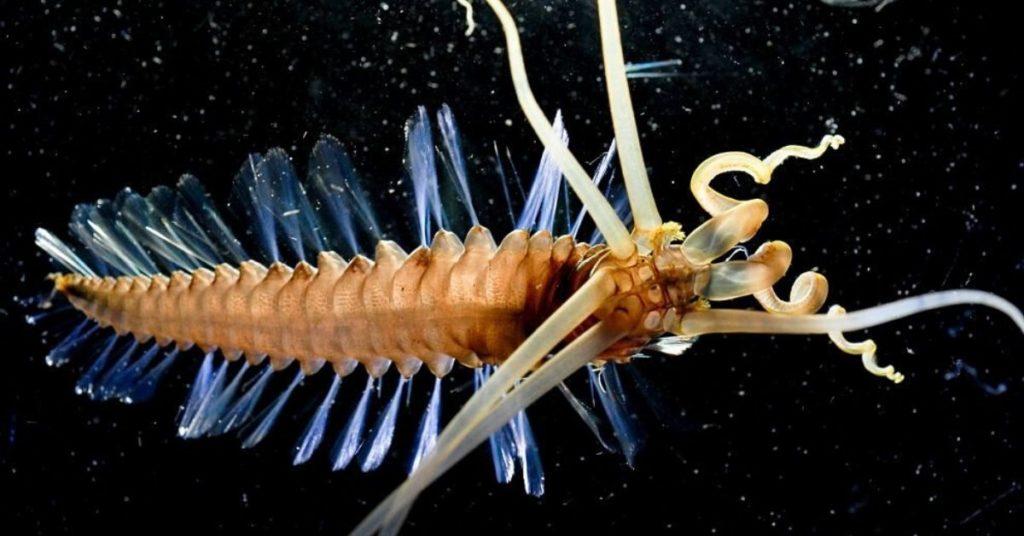 FlipFact of the Day: As one of the most biodiverse areas on Earth, the Philippines is home to a vast array of flora and fauna. Unsurprisingly, experts find dozens of new species in the country’s mountains, caves, and waters each year. Every once in a while, though, they stumble upon some truly bizarre animals. One such example is the squidworm (Teuthidodrilus samae), a polychaete (marine worm) with squid-like tentacles all over its head.

Discovered in 2007 in the western Celebes Sea, T. samae was named after the Sama, an ethnic group living in the Sulu Archipelago. The squidworm measures about 10 cm (3.93 in) in length, and has over 25 pairs of translucent white “oars” lined up on its segmented body, enabling it to swim upright at a leisurely pace.

Its most distinguishing feature, of course, is its head, which has ten elastic appendages. Two of these coiled tentacles are yellowish, and are used for feeding on plankton, particles, and microscopic waste (also known as “marine snow”). Scientists believe that the rest of its tentacles are for breathing or feeling its way around its marine environment. It has no eyes, but makes up for it with six pairs of sensory organs for tasting and smelling.

As it is still fairly new to science, the squidworm remains shrouded in mystery. Since it lives in the demersal zone of the ocean—somewhere below the well-lit water surface and above the murky, rocky depths—it may be a transitional worm that evolved in order to thrive in its strange “in-between” habitat. The demersal zone also happens to be a hotbed for previously unknown species. Thus, there’s a good chance that future explorers will find more new creatures as weird and wonderful as the squidworm.