EDITORIAL: Throwing sand in our eyes 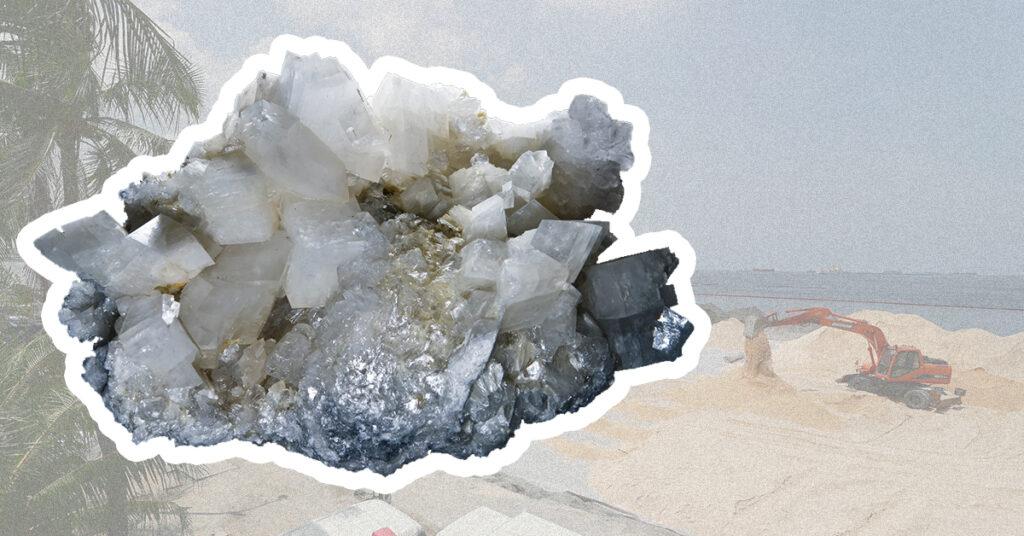 Unless you’ve been living under a dolomite rock during the past couple of months, you’re likely aware of the controversy surrounding DENR’s Manila Bay makeover.

Amidst an ocean of dolomite defenders and detractors alike, experts from the Pinoy scientific community presented their research-backed recommendations on how to proceed with this so-called “nourishment project.”

None of the official statements from local science organizations, both independent and from the academe, denigrated the DENR or disparaged its competence. Despite being against the dolomite sand project, many gave thoughtful advice, and even offered to help.

Thus, it’s troubling that Undersecretary Benny Antiporda responded to the UP Marine Science Institute (MSI) by telling them that they had no right to criticize and pelting them with the b-word: “bayaran.”

Problematic on multiple levels, and particularly troublesome for Pinoy scientists.

Previously, Usec. Antiporda had said that DENR would accept MSI’s help if it were offered for free. UP’s scientists responded, clarifying that while their advice costs nothing, further research and experiments will incur expenses.

For anyone who has ever done any science project in elementary school, this is a no-brainer.

Thus, the implication that UP scientists—or Pinoy scientists—request funds to “sipsipin ang dugo ng taongbayan [suck the blood out of the citizens]” is immensely disturbing.

On the contrary, few communities exist that match the selflessness of the Pinoy science community.

There are Pinoy scientific superstars, and there are scientists who work quietly in the background. But at the end of the day, they share one thing in common: They choose to empower the Philippines with science, despite opportunities to pursue their respective fields, live comfortably, and simply be more appreciated abroad.

To see Pinoy scientists disrespected like this… It is truly heartbreaking.

The last thing the Philippines needs right now is the dangerous idea that science is not worth funding.

After all, the money DENR gave to MSI certainly did not go to waste.

According to director Dr. Laura David, MSI received Php 364 million (not Php 500 million, as Usec. Antiporda claimed) over the past decade, which went to research on coral reef restoration, studies about Philippine waters, and even explorations of the Philippine Rise and research on the West Philippine Sea (which, interestingly enough, were featured in a recent webinar series in partnership with DENR’s Biodiversity Management Bureau), among others.

Meanwhile, the Manila Bay project cost Php 389 million; to date, only 120 meters of the 500-meter area has been filled with white sand. Worse, heavy rainfall and tidal movement appear to have washed away the sand (or “washed in” some of the Bay’s original darker sand—take your pick, because the end result’s the same).

Funny: Around the same time last year, Sen. Cynthia Villar was heavily criticized for her “baliw sa research” remarks, which many saw as a diminishment of the value of agri-research in the Philippines. Of course, the story of National Scientist Ricardo M. Lantican proves the value of said research.

Something about October, perhaps?

Translated literally, it means “to pay” (verb) or “someone for hire” (noun). When used as a retort, it can mean “paid hack,” a person with all the ethics and moral fiber of a salaried internet troll.

And when enunciated a certain way, regardless of intent, it takes zero effort for anyone to associate it with the less flattering connotation.

There is a world of difference between receiving compensation for services rendered and being paid to propagate someone else’s agenda.

It is not wrong for scientists to get compensation and funding, in the same way that public officials do.

A scientist asking for appropriate funding is not a scientist whose principles are for sale.

One can only wonder if the use of the word “bayaran” would further drive a stake between the local scientific community—especially UP’s scientists, who have continued to serve the people, despite receiving relentless bashing—and the public.

This issue is beyond the questionable timing of the Manila Bay project, beyond the recommendations and refutations thrown back and forth. There is power behind words, and a responsibility that comes with using them.

Of course, this is the same agency that issued a memorandum back in April, telling its employees not to criticize the government’s COVID-19 efforts on social media, to avoid “bit[ing] the hand that feeds [them].”

As for the “responsibility” part… a sincere public apology to MSI would be the bare minimum to start.

Presidential Spokesperson Harry Roque recently requested the Octa Research Group to stop sharing their pandemic response recommendations publicly. His reason? The President should be able to make decisions free from public pressure. As if evidence-based decision making and correct decision-making were mutually exclusive.

Public officials are not and should not be above feedback, especially those backed by expertise and delivered with respect. Filipino scientists are not out to get you, so please do not act as if they are. Please don’t portray the scientific community as your enemies.

Because this manufactured drama is just sand in the public’s eye, taking attention away from truly urgent matters.

Like the environmental impact of the (now ceased) dolomite mining in Cebu and the possibly adverse effects of dolomite sand on the Manila Bay ecosystem.

Or efforts to recover the missing PhilHealth funds—money that could have helped its members during this pandemic—and punish the ones responsible.

Or how to address the many challenges of distance learning, or the plan for fighting COVID-19 beyond ping-ponging on social distancing guidelines and waiting for a vaccine.

Public officials should be able to take opinions from scientists and non-scientists, without throwing baseless accusations of ulterior motives.

Or they can continue to build sand castles around themselves—feeble fortresses that, without science’s help, will eventually, inevitably crumble.