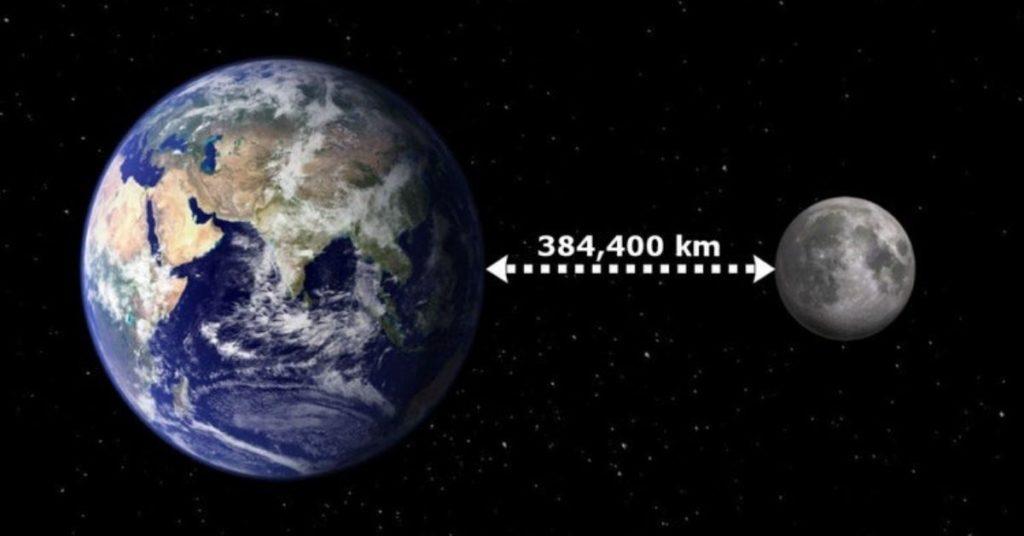 FlipFact of the Day: As curious as human beings can be, there are just some things we hardly question. Take the Moon, for example. It’s been there for as long as we (or anyone who has ever lived) could remember—and so, we might assume that it’ll always be right where it is. This is wrong, though: The Moon is actually moving away from us by about 1.48 in (3.78 cm) yearly—roughly the same rate our fingernails grow. (Don’t worry, though: For once, this isn’t our fault.)

The most popular idea of the Moon’s formation involves a collision between young Earth and a Mars-sized celestial body, about 4.5 billion years ago. When it formed from the resulting space debris, it was much closer to our planet: 22,500 km (14,000 mi), about the total distance of a round trip from the Philippines to Canada. Now, the space between us and the Moon is much greater: 384,400 km (238,855 mi) on average, or 30 Earths lined up.

The Moon is locked in an eternal dance with us because the Earth has a stronger gravitational pull. The satellite’s orbit is synchronous, meaning it rotates exactly once for each time it goes around the Earth. Our planet has a higher rotational velocity, though—24 hours, versus the Moon’s 27.3 days—and this affects both bodies in an interesting way.

The Moon’s gravity tugs at our oceans, resulting in what we call tidal bulges. Both the side of the Earth closest to the Moon and its opposite side experience this: The water on the nearer side is pulled toward the Moon, while the other side also bulges due to inertia. (The Earth’s crust moves, too, but only by a few centimeters.) Consequently, the Earth also tugs at the Moon, creating bulges on its surface.

Because the Earth moves faster, it pulls the Moon ahead in its orbit by a bit; the Moon pulls back, because as we all know, every action has an equal and opposite reaction. This planetary tug-of-war makes the Earth’s rotation slow down a bit, while speeding up the Moon’s orbital velocity (and increasing its orbit).

We won’t really feel the effects of this within our lifetimes, though. Using astrochronology (a statistical method that merges geological data and astronomy), experts found that the Earth’s days are actually getting longer… by about 2 milliseconds every century. While this may seem negligible to us, it can actually have a devastating impact on the seasons that future generations will experience. Worse, they won’t be able to see total solar eclipses anymore; the Moon will be so far away from us that it won’t be big enough from our vantage point to cover the Sun. All things considered—and as awful as the world may sometimes seem—it’s actually not a bad time to be alive right now.

Just remember that if it feels like the days are getting longer, it’s because they actually are.