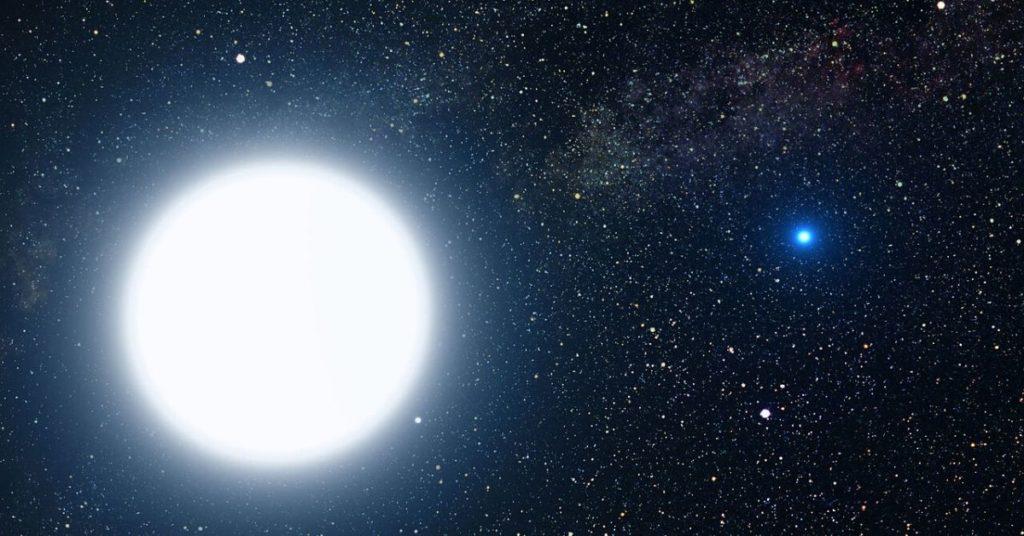 FlipFact of the Day: When it comes to spotting objects in the night sky, one star stands out from the rest: Sirius, the brightest star visible from Earth. It’s so luminous that only five other celestial objects surpass its brightness, from our vantage point: our Moon, Venus, Jupiter, and on occasion, Mercury and Mars. Due to its especially visible place in the constellation Canis Major (Greater Dog), it bears the nickname “Dog Star.” It isn’t the most luminous star we’ve ever found, though; it only looks that way—and will continue to look that way for the next 210,000 years—for one special reason.

Despite the fact that other stars surpass Siruis’ luminosity, the Dog Star shines brightest because it’s so close to us. The Sirius star system is only 8.6 light-years (2.64 parsecs) away from Earth, making it the fifth closest star system to our planet. Estimated to be around 200-300 million years old, it consists of a bigger bluish-white star (Sirius A) and a white dwarf companion closer to Earth’s size (Sirius B, or the Pup). Sirius A has a surface temperature of approximately 17,000 °F (9,400 °C). It measures about 2.4 million km (1.5 million mi), and is about 26 times as luminous as our Sun. Like two playful canines, the Dog and the Pup revolve around each other twice every century.

The Dog Star will steadily become brighter in the next 60,000 years, because it’s moving toward the Solar System. However, its brightness will begin to recede soon after that.

The star’s name comes from the Latin equivalent of the Greek Seirios (“scorcher” or “glowing”). In ancient Egypt, its heliacal rising (when it briefly becomes visible above the eastern horizon just before sunrise) signaled the annual flooding of the Nile. Meanwhile, the Greeks and Romans associated the phenomenon with the hottest days of summer (hence the term “dog days”). Astronomy, indeed, is Sirius business.